Pacific journalists respond to new programme to get more Pasifika in the newsroom.

Four media organisations are joining forces to increase the number of ethnic voices and perspectives in newsrooms, with a focus on Pacific, and Māori te reo speakers.

NZ on Air has approved $2.4 million towards 25 fully-paid journalism cadetships, with a minimum of five Pacific trainees and ten Māori.

"Te Rito is the circuit breaker that's been long called for, to address the under-representation of Pasifika across the journalism sector.

"The opportunity for fully-paid, on-the-job training, across four media entities, within a kaupapa Māori​ and Pasifika framework, is a game changer."

The one-year industry-training programme will make a pathway for people from diverse backgrounds who are not currently coming through the education system into journalism.

“New recruits are crucial to the industry and we really need to build capacity in that area, particularly with a growing demand for more Pacific stories, and more Pacific content in Aotearoa and the region.”

The Māori cohort will receive training with Māori​ Television and Iwi Media. The other fifteen participants will start at the NZME Auckland offices for fundamental news training, before rotating through placements of at least one month with partnering newsrooms.

​Trainees will be paid the living wage, and those that complete the year and reach industry standards will be offered a job at the end.

A key milestone for Pacific journalism

“The reliance on mainstream media to tell our stories is risky. Because the content is taken by them through their eyes, and often, through their inexperienced eyes.

Hao’uli - who founded the 531pi radio station, says the cadetship is a start, but was sceptical of the collaboration, saying a more targeted approach is needed to serve the needs of Pacific communities in their own language.

“If you place most of your eggs in the English-language part of the broadcast, then we will continue to miss out those who need the information more, and those who need to have it more frequently. Our under-informed or ill-informed community, they’re the ones that need content.”

He says the role of diverse media coverage is providing a voice and information for audiences that aren’t always catered to by mainstream media.

“At the end of every programme, if our community doesn’t learn anything new out of it, what is the point? And if we forget that, then we end up just talking to ourselves.” 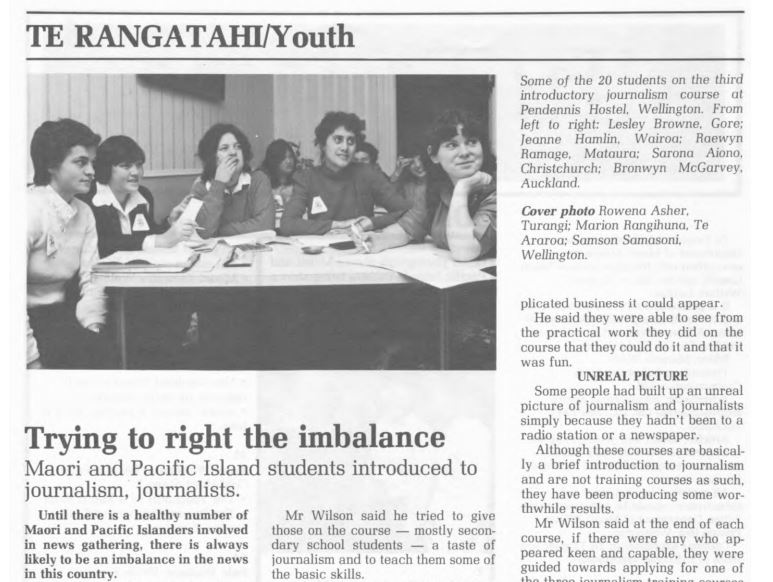 Tu Tagata Magazine in 1981 shows the shortage of Pacific journalists is nothing new. Photo: Supplied

Figures from a diversity report in 2006 showed just two percent of journalists and journalism students were Pacific.

Oriana TV commissioner Samson Samasoni says Pacific journalism has a lot of ground to make up.

“We haven’t moved anywhere from where we were back in the eighties, we’ve gone backwards.” 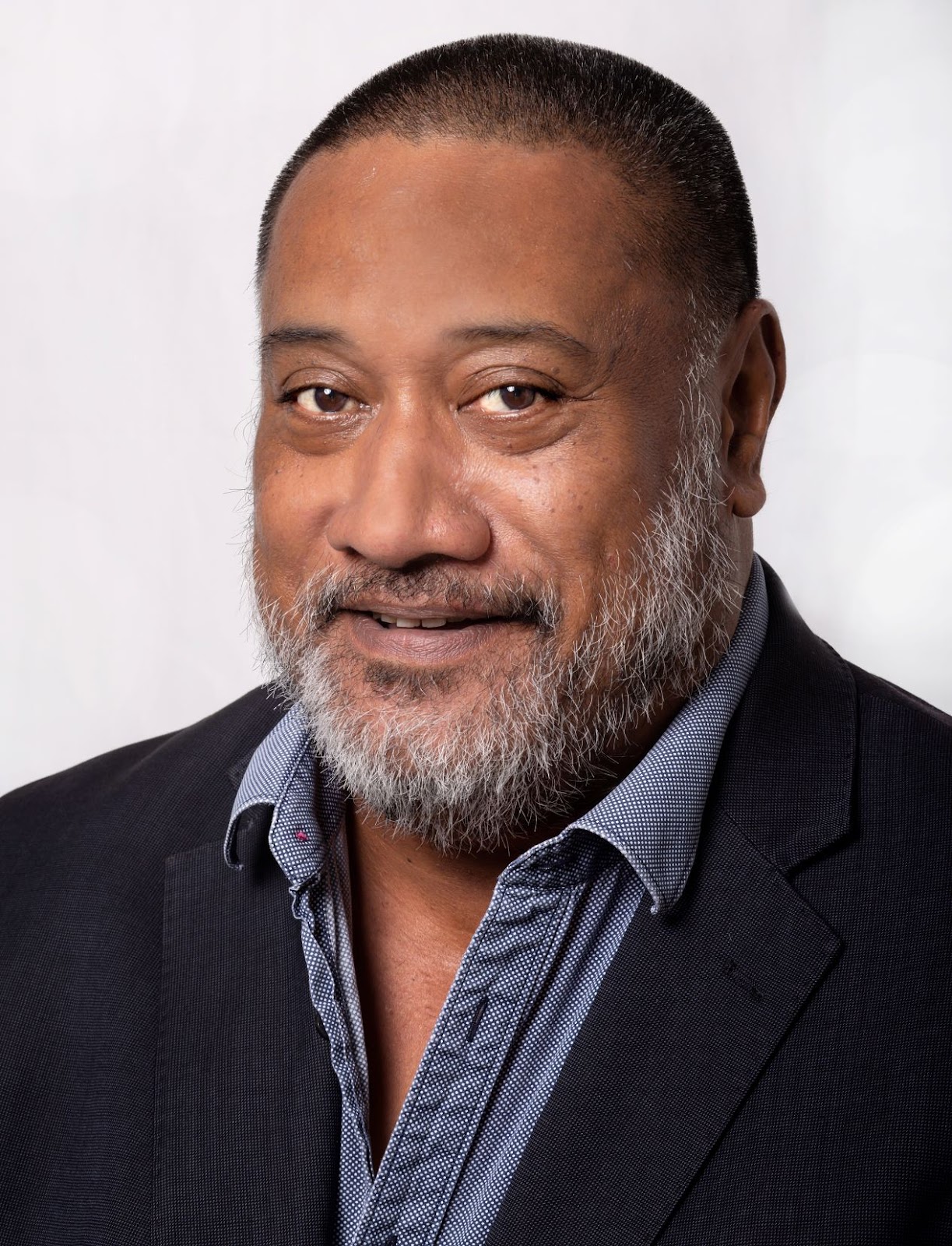 Samasoni, who took part in a journalism cadetship programme in the 1980’s, says the practical, on-the-job training is crucial.

“We did one of our weekly sessions and got exposed to TVNZ when it was Avalon studios...so you really got to see first-hand the sort of environment that, as a young Pacific person coming through, you’d never be exposed to.”

Samasoni says the course, which was run by long-time journalists Gary Wilson and Piripi Whaanga, helped demystify the news process.

“Media back in those days, it was very palagi - like ‘Radio New Zealand’, and very British in the way that it talked. So being able to be exposed to it, to understand how it works and then to feel confident that in fact you could be part of this industry, was something that the programme helped bring to the fore.” 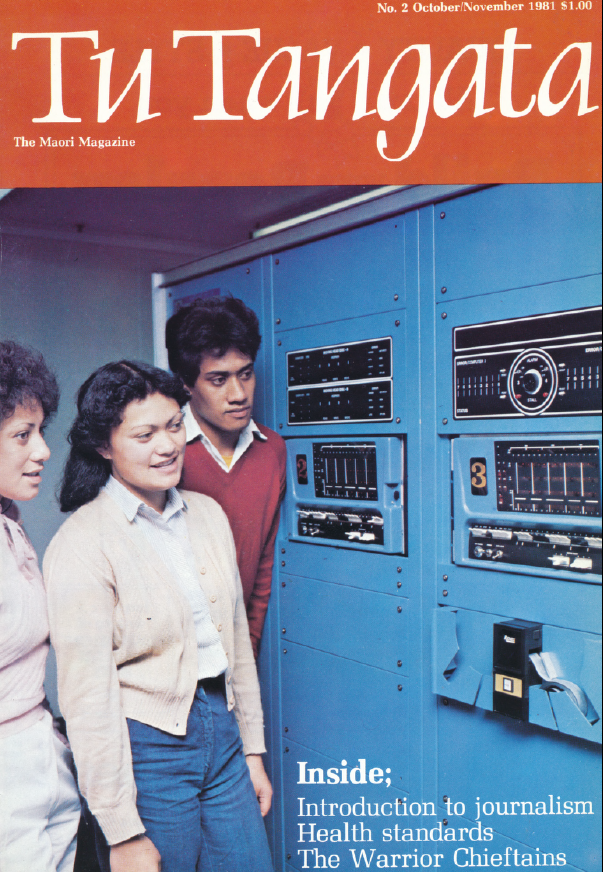 Taking it back to the future

“Fifteen or 20 years ago, the Pacific diaspora community was slightly different, but now we have a younger population, and there’s a sense now that indigenous stories are as important as non-indigenous. So that takes time, but it’s also reflective of a maturing media sector and a maturing society.”

Fa’afiu says being able to offer the programme is a return to the organisation’s original mission.

“If you revert back to our trust deed, there’s a line in there specifically about encouraging and supporting a pipeline of Pacific multimedia journalists and broadcasters.”