A not-so-amazing pregnancy experience pushed a Pasifika mother to pursue her life-long dream to become a midwife.

"After having my third child the experience wasn't amazing, I knew I deserved better in terms of care," says Rose Leauga.​

"So for me I really wanted to be that person that could offer a mama a hand to walk alongside them throughout their own pregnancy journey. Being a midwife will be my way of life.​"

Leauga is now in her final year at Auckland University of Technology (AUT) completing a Bachelor of Health Science (Midwifery), and one step closer to her goal of becoming a lead maternity carer.​

"I want to be in my community, I'm predominantly out west and there's not really a set up for that. My dream would be working with my people for my people," says Leauga.

However, being a full-time mother, full-time student and part-time worker has presented its challenges.

She says: "Initially it was the worry of finances because when you bring your children up, you make sacrifices to give them better than what you had, so for me coming back to study it was very focused on myself and I wasn't able to give they way that I could in terms of finance.

"But the gift that I'm giving my children is the ability to show them I can hit my 40s and still do what I really want to do for the rest of my life."

​​She says overcoming the challenges was made easier thanks to the support of AUT's Pasifika Midwifery Student Liaison Ngatepaeru Marsters.

Starting her role at AUT in 2014, Marsters noticed the attrition rate of Pacific students in the course was "so high".

She says: "There wasn't a wraparound service.

"Sometimes there's critical life events that happen, which can happen to lots of families but how those different ethnicities deal with it is quite different."

Marsters remembers one student from Kiribati who unfortunately had to drop out.

"She was working to support her family back home, they really relied on her, and she didn't have wifi and she was one of those students who would have to come on campus.

"She would've made a wonderful midwife, but it was just one straw too heavy."

The te ara o Hine programme will fund a student support or pastoral care lead at the five midwifery education providers in New Zealand, including AUT and Waikato Institute of Technology.

Marsters says: "That's the thing that's going to knit everything together." 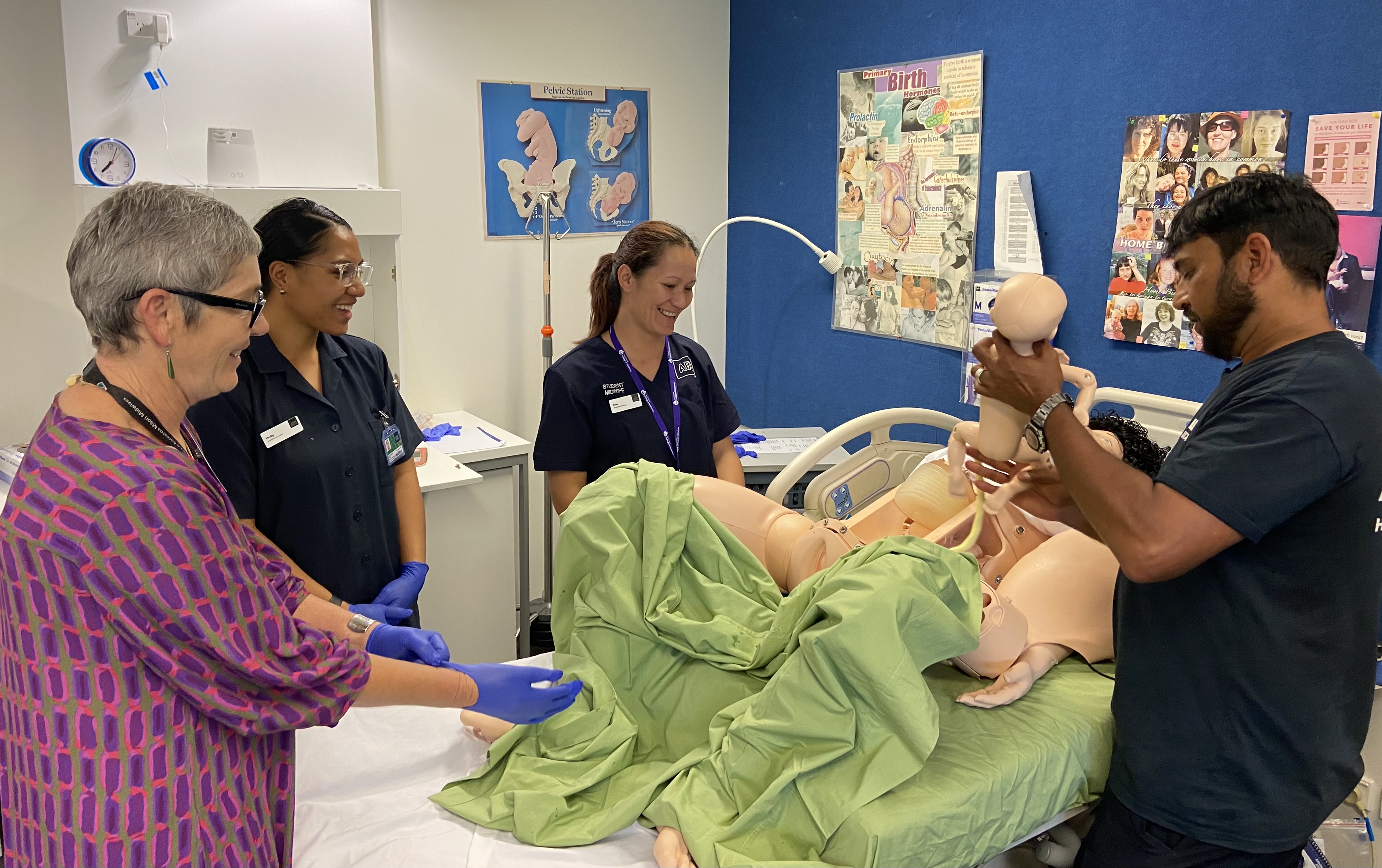